Sorry about the lack of blog updates and social posts; but quite frankly the past few months have been profoundly busy with auditions, meetings, press events, travel, and prep for my current trip. Currently I am in London, where I just finished a course on Stanislavski and Physical Action and Alexander Technique at the Royal Academy of Dramatic Arts. The experience was wonderful and transformative. A huge learning experience that I will be forever grateful to have received. Right now though, I am just letting it all soak in.

Next stop, the Olivier Awards this Sunday. Then, off to Belgium for a shoot.
January 4, 2017

​Happy New Year to you all! I hope the holiday season found you with warm memories to cherish for years to come. The last few months have been busy prep work for this year to come, and I can't wait to share the journey. The first week of the year has begun with a top-secret gig out West. Next week, I will begin studying at Studio 4 in NYC (the James Franco school); I am looking forward to working with a new teacher to gain some fresh perspectives and sharpen skills. Near the end of the month, I have a project booked with Old Navy and am looking forward to the busy audition season.

All the best to you in this new year! 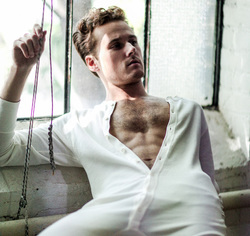 September flew by in a blink of an eye. My East Coast tour was extended for a week on the West Coast with stops in Seattle, LA, San Jose, and San Francisco; I had a week full of press for ad week in NYC, and had a great time supporting the Global Citizens Foundation in the VIP area during their Central Park concert. Such a great organization- check them out: GLOBAL CITIZEN.

Furthermore, my first Toronto International Film Festival was an experience like no other. There is a great line up of films debuting within the next few months. One highlight of the trip was attending the premiere for The Journey is the Destination; which, is based on the life of photo journalist Dan Eldon. It was great getting to meet Dan's family, the cast, director,  producers, and various people who were portrayed in the film (special shout out to Chuck Marazzo) at the afterparty which was held on a rooftop overlooking the city. I highly encourage everyone to keep their eyes out for this film, and in the meantime you can learn a bit more about it here: THE JOURNEY IS THE DESTINATION.

While in Toronto, I had the privilege to collaborate with Canadian photographer, Marc Douglas. We worked out of a vintage industrial studio space in the heart of the city. Oversized windows, rough brick walls, exposed hard metals, worn in wooden floors, old elevators, and tons of natural light adorned the space. Above is a look at one of the shots. We had three distinct looks and had a great time playing around with the space. To see more of the looks check out my portfolio page.

Finally, the last month brought the arrival of my Facebook artists page, so if you have not already; make sure you head on over to Facebook and hit the LIKE button. My Facebook page will be a great resource for all the current happenings in my career; including release dates, backstage photos, and first glances at my latest projects.
August 10, 2016

As summer draws to a near, the fall season is quickly booking up. At the end of the month I will be modeling/hosting at the US Open; which, will run right into NYFW. I will then head off to Toronto for a week at the Toronto International Film Festival (shoot me an email if you will be there). While in Toronto I will be arranging film meetings and collaborating on a photoshoot. After the festival, I will be returning to NYC for a few days before heading off onto a tour with the Oculus program- hitting four major East Coast cities with one week in NYC. In between the busy schedule? Auditions, more meetings, portfolio reviews, and staying active in the gym. Hope everyone enjoys the rest of their summer days!
July 24, 2016

July has been crazy with lots of press events for Oculus, filming Red Oaks (tomorrow is my last day on set), meetings and auditions (including one with Warner Brothers!) for future projects, and some new headshots which can be seen here. If you are in the NYC area and looking to get some new shots done, I would highly recommend Chad Wagner- shoot him an email for rates at thegingerb3ardmen@gmail.com. I can't say more good things about my shoot with him- super easy and fun to work with and I couldn't be happier with my new shots!
June 17, 2016

One of my latest gigs was playing the scientist at the Lelo Hex launch party. Guests included: Charlie Sheen, a few of the Desperate Housewives of New York, and a variety of bloggers/journalists/etc. Follow me on Instagram @justinpontier for shots from the event and to keep up to date with all of my latest bookings and photoshoots.

Production Stills from Our Town at the Alpha NYC Theatre Company are now up on my portfolio page. 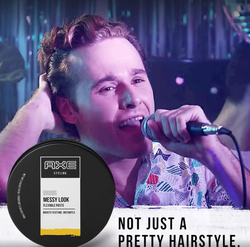 It has been a busy couple of weeks on set filming Red Oaks season 2. Lots of early mornings and late nights, but wouldn't want it any other way!

My ad for AXE hair products is now in circulation online. The full ad is a gif, but here is a small glimpse of the finished product.
May 16, 2016

Spent the day shooting a new print campaign for AXE Men's Hair Products. Looking forward to seeing the final product. Next week, I will begin filming Red Oaks (season 2)- an Amazon Original Series- can't wait to spend a summer in the 80s!
March 4, 2016

Featured in the Lady Lannie Fashion Blog. Had great fun shooting with Lan while in Adelaide, SA - such a beautiful city filled with warm friendly people and a lively culture.
The trailer for a film I shot last year, Indignation, which gets released July 29, 2016. I was a featured college student in the film, and actually make a brief appearance in the trailer (the guy holding hands with the red headed girl in the first 10 seconds).

​Check out this trailer for a film I am featured in: Ambitions Debt

Press release for Our Town - Off-Off-Broadway.